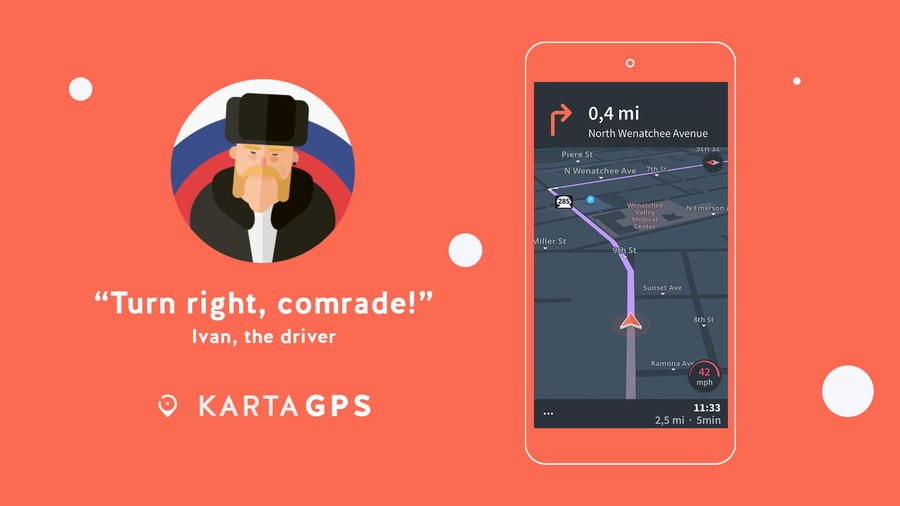 From the same minds that brought you President Trump’s GPS voice, the navigation add-on that no one asked for but everybody loves, Karta GPS will now feature Ivan the Driver on its already infamous catalog.

LEÇA DO BALIO, PORTUGAL, June 18, 2018 /24-7PressRelease/ — Karta GPS, the free offline GPS and Maps app which allows you to explore new places and drive with advanced turn-by-turn instructions, is announcing the release of its new and exclusive funny voice – Ivan the Driver: an homage to the stereotypical Russian villain portrayed in dozens of action flicks in the eighties.

When navigating with a GPS, you often have to hear some monotone voice instructing you to take a left at the next roundabout. Karta GPS seems to be focused on adding some fun to a traditionally bland experience, by providing some customization options like a spaceship as a navigation icon or, in this case, an amalgamation of every Russian character that has ever made its way into a Hollywood production.

Karta GPS app also improves its user’s navigation experience by embedding curated Foursquare and Yelp points-of-interest content into its maps, offering users all the information they need, without leaving the app. Users see only the top-rated suggestions for entertainment and restaurants, instead of being flooded with multiple and unsorted places. It also features traffic information, speed camera alerts for avoiding tickets, a smart search for common spelling mistakes and an ‘add to favorites’ option for those preferred spots.

“We came up with the idea of a Russian voice because of the upcoming 2018 World Cup in Russia and we are all pretty much obsessed with football around the office,” said Karta GPS COO João Pedro Leite. “We built Karta GPS to guide users to nearly any address or place of interest in the world, but also to provide a fun user experience that brings new and relevant content to users.”

Karta GPS, available on both iOS and Android, is already trusted by millions of users.

Karta Technologies was founded in 2016 as a daughter company of NDrive, a leader in providing navigation software to millions of users worldwide. Karta pairs open-source map data alongside interesting curated content, to provide an improved and engaging user navigation experience, even while working offline. 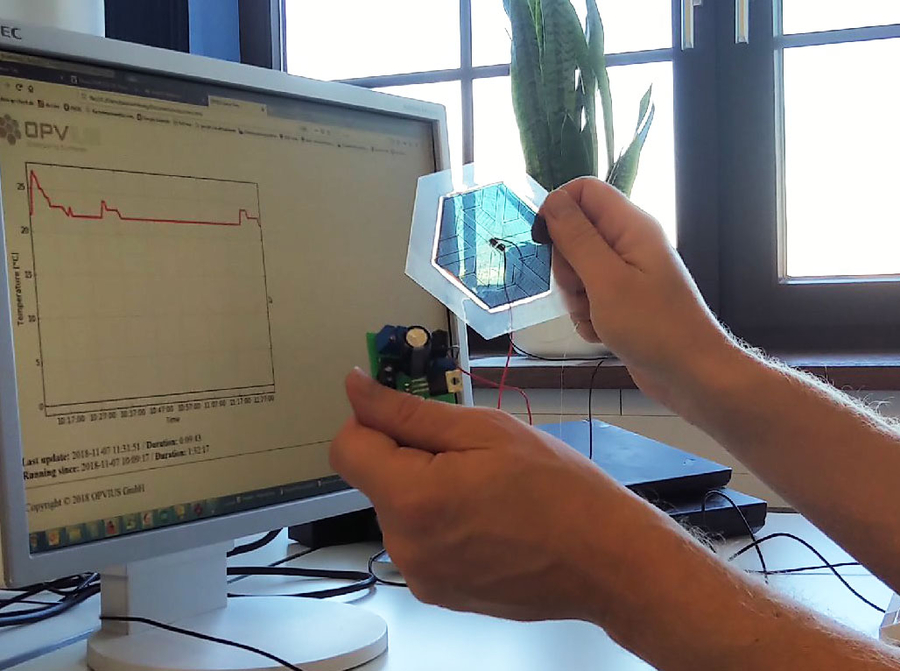