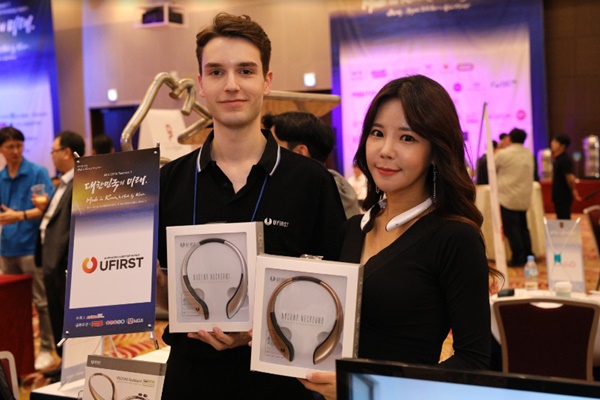 UFirst showcased the NUGUNA Neckband for the hearing impaired and received outstanding attention from the audience at the MIK 2018 Conference & Networking Party,

SEOUL, KOREA, October 19, 2018 /24-7PressRelease/ — On August 23rd (Thurs), UFirst showcased the NUGUNA Neckband for the hearing impaired and received outstanding attention from the audience at the MIK 2018 Conference & Networking Party, at the K Hotel in Yangjae, Seoul.

The NUGUNA Neckband was planned after investigating around 300 cases of field research to help solve issues for the hearing impaired, and the model was made based on the idea that just letting the hearing impaired know the source and direction of the sound would help them tremendously.

The NUGUNA Neckband, which is a safety support device you wear on your neck, can sense threatening situations through feeling the vibrations. If there is a louder sound than the pre set level, the vibration motors located on each side of the neckband will vibrate. The wearer will be able to sense where the loud sound is coming from, and deal with the situation on time.

UFirst Marketing Manager, Jonggyu Yoon, revealed, “As the Neckband model targets the overseas market, it is shown in many overseas exhibitions. This year especially, it gained a lot of attention from medical buyers at the MWC Exhibition in Barcelona, Spain.”

Matching the amount of experience in participating exhibitions, UFirst’s export numbers have been steadily increasing. Regarding this, Marketing Manager Yoon said, “We have reached $37,000 through crowd funding, and we have received orders amounting to $100,000 from Poland and $30,000 from Indonesia, and others to combine to a total of over $180,000.”

This product targets the northern European nations, which have good social welfare systems.

Meanwhile, this event was hosted by global news network ‘Aving News’, a media partner of 100 exhibitions ever year and of MWC and IFA, one of the world’s top 3 IT/Tech/home appliances fair, and was jointly organized by Vietnam’s state-owned media Vietnam Plus, fandom-based video platform SEESO, China’s first IT portal YESKY, and influencer marketing platform ASIX.

Driving Response Rates of 40X and Revenues by 25%, DeepTarget Momentum and Growth Continues in 2018

Wondershare: The Ideal Solution for Photo and Video Repair 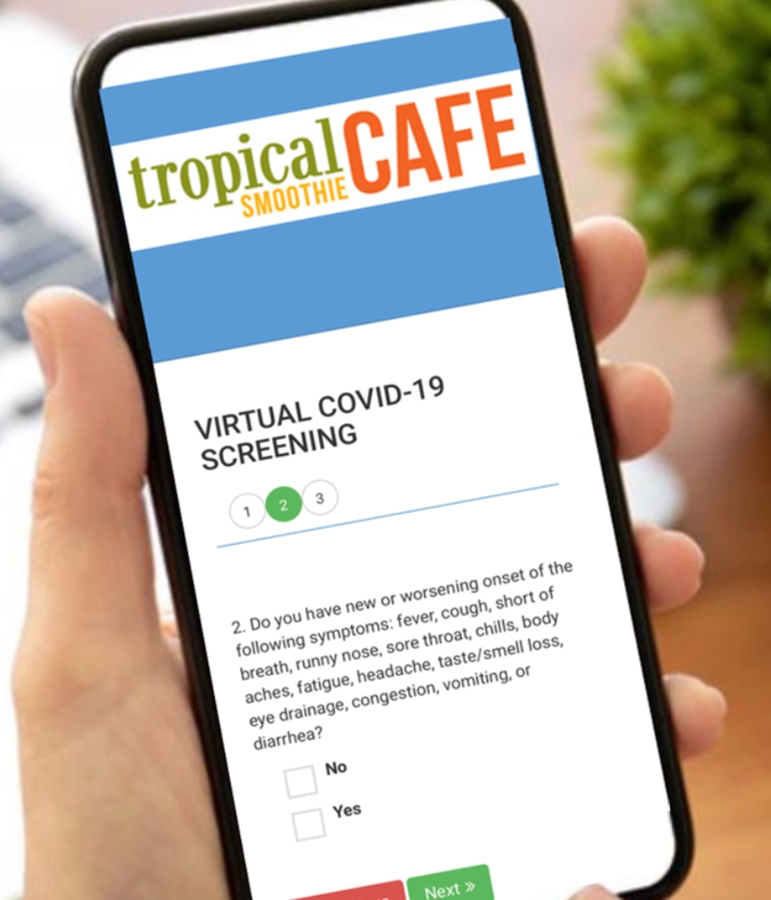 A Ray of Sunshine During the COVID Storm