Air Hollywood and The Pan Am Experience and Their Owner, Talaat Captan, Sued for Sexual Harassment and Retaliation

The lawsuit, Jane Doe v. Air Hollywood, The Pan Am Experience, and Talaat Captan (Los Angeles Superior Court Case No. BC675633), alleges that Air Hollywood/The Pan Am Experience is a seething cesspool of sexual harassment in which the owner, Defendant Captan, views his female employees and customers as sex objects who are, or should be, available on demand to satisfy his sexual needs and desires. Indeed, the lawsuit alleges that Defendant Captan tells his female employees that they are “objects” that he “owns” and he refers to them by sexually degrading epithets including by calling them “sluts,” “whores,” and “bitches.” Consistent with his negative view of women as being subservient to men, Defendant Captan pays female employees less than male employees for equal work, the lawsuit alleges.

According to the lawsuit, allegedly, Defendant Captan coerces his female employees to participate in “after hours” pornography shoots on work premises, that he incessantly talks about his desire (or lack thereof) to “f*ck” them or “j*ck off” to them, that he leers at his female employees and customers from “head-to-toe” as he “checks them out,” makes comments about their bodies (whether he deems them to be too fat and/or their breasts and buttocks to be too small or large), and that he loudly expresses his opinions about the types of food that they eat and whether he thinks they need to work out.

The lawsuit alleges, when Jane Doe complained to him about his sexually inappropriate behavior and asked him to stop, Defendant Captan retaliated against her and constructively fired her.

Jane Doe is represented by Helmer Friedman, LLP a Beverly Hills, California law firm that represents employees and other individuals seeking to assert their rights. Although Helmer Friedman LLP is primarily known for representing employees, the law firm also represents consumers in virtually all types of cases against companies including taking on complex appellate matters. Indeed, earlier this year the firm obtained a unanimous decision from the U.S. Supreme Court in a lawsuit against Fannie Mae.

Ms. Doe’s attorney, Courtney Abrams stated, “California law is clear: it is not only illegal for employers to engage in sexual harassment but it is also illegal for employers to fire, demote or otherwise retaliate against an employee because she complains about discrimination and harassment. Likewise, unless an employee falls within very limited exceptions, California wage and hour law requires that the employer pay overtime to employees working more than 8 hours a day and/or 40 hours per week.”

Current and former employees of Air Hollywood and The Pan Am Experience who wish to report their work experiences or learn more about the lawsuit should visit http://www.helmerfriedman.com/airhollywood-panamexperience-talaat-captan-sued-sexual-harassment. This webpage will allow witnesses and employees interested in protecting their rights to contact counsel for Jane Doe. 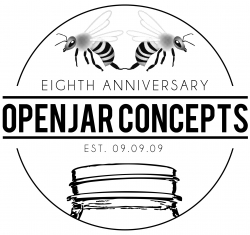